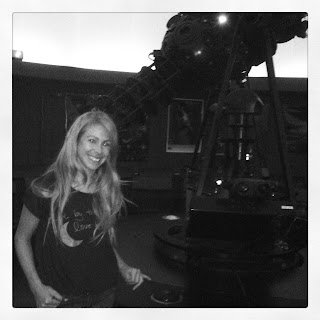 Last night I went stargazing at the planetarium at the University of California Los Angeles.  Sometimes it’s fun to look at photos of home.

I heard a theory that Indigo Children come from the star system of Nihal, also called Beta Leporis.  Nihal is the second brightest star in the constellation of Lepus which is Latin for hare. It is 160 light years from Earth and located under Orion’s feet.  It’s pretty similar to our sun (they’re in the same class) only a little brighter. 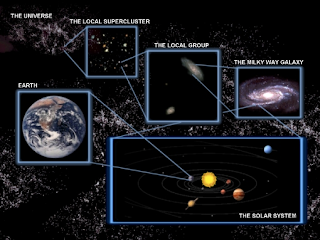 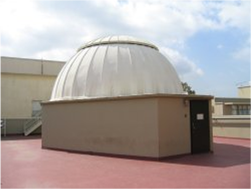 The roof of the Math Sciences building with the planetarium and telescopes in full view. 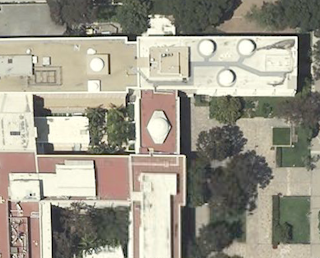 The UCLA Campus. The campus includes 163 buildings across 419 acres. 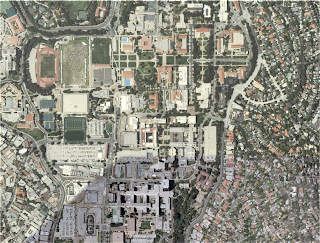 UCLA nested up against the hills with Santa Monica to the lower left.  The 405 meanders up through the mountains and the 10 can be seen heading off to the ocean. 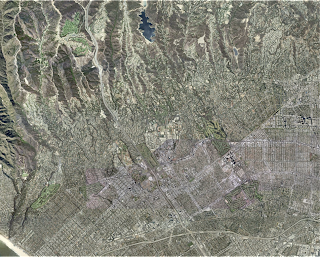 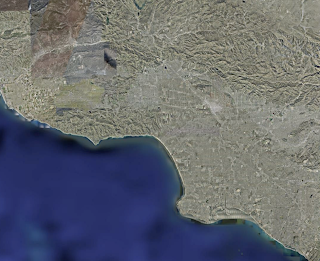 From here, we can see most of California, as well as parts of Utah, Nevada, Arizona, and Mexico.  The patchwork nature of the image is due to the many different satellite images used to create these maps in Google Earth. 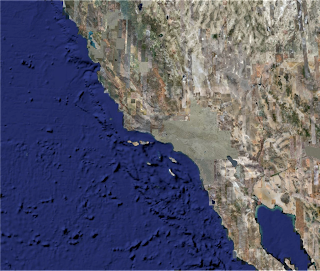 Our home!  The Earth is roughly 8000 miles in diameter. 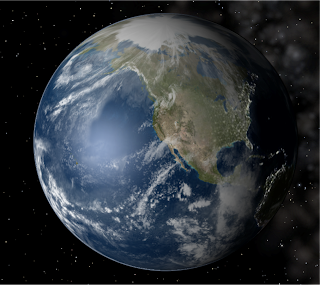 Roughly the size of geostationary orbit. 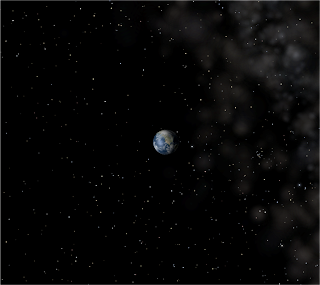 Distance to the moon is roughly 30 times the diameter of the Earth (roughly a quarter of a million miles).  It takes light one second to travel from the Moon to the Earth – it took the Apollo astronauts four days to get there. The red line indicates the orbit of the earth. 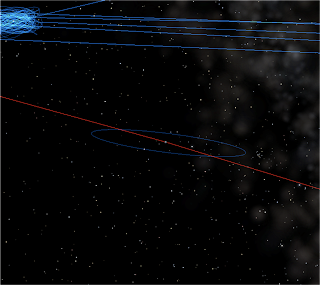 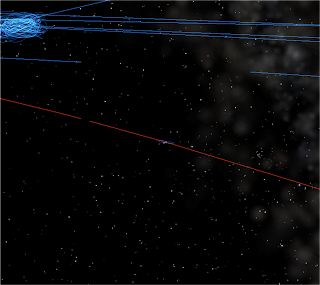 We know span the distance between the orbits of Venus and Mars, our planetary neighbors. 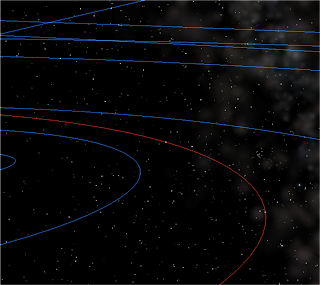 We now encompass the orbits of the inner planets plus the asteroid belt.  The orbits of Jupiter and Saturn are just coming into view.  The earth (red orbit) is 93 million miles from the Sun – a distance which takes light 8 minutes to traverse.  Mars is roughly 150 million miles, whereas Jupiter is closer to half a trillion miles. 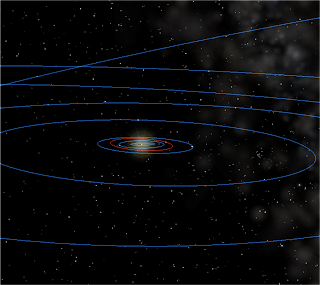 We have finally encompassed all the orbits of all the planets in our Solar System (and even one not-planet).  Neptune is roughly 30 times further from the Sun than the Earth is – nearly 3 billion miles.  Pluto sits on the inside of a belt of icy objects known as the Kuiper belt.  This belt is responsible for many of the comets which cruise through our neighborhood every so often and may be the original source of much of the water and organic material found on the Earth. 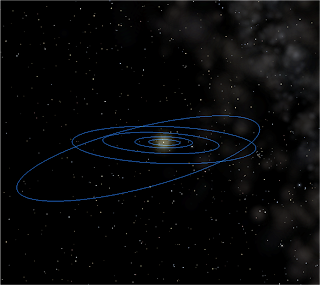 At this distance, we are now encompass the furthest probes sent out from Earth.  Voyager 1 (indicated by the red dot), launched in 1977, is currently 9.74 billion miles from home and traveling at 38,000 mph away from the sun.  It takes signals 13 hours to reach the spacecraft, which is still monitored daily at the Jet Propulsion Laboratory. 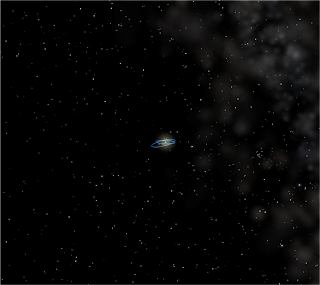 At 10^15 meters, even the orbits of the giant planets are lost to the glare of the Sun. 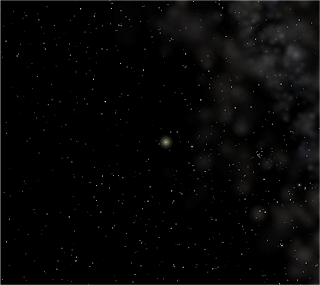 Encompass the Oort Cloud; ~3 ly across.  The Oort Cloud is believed to be a cloud of icy debris – remnants of the formation of our solar system and the source of so-called ‘long period’ comets.  At this distance – roughly a third of the way to the nearest star – the icy objects are barely bound to the solar system by the Sun’s very weak gravitational field. 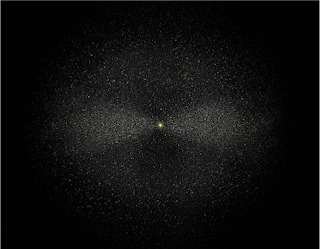 Roughly 10 ly across; 10 stars in this volume including a binary system (Sirius) and a triple star system (Alpha Centauri – the closest stars to the Sun) 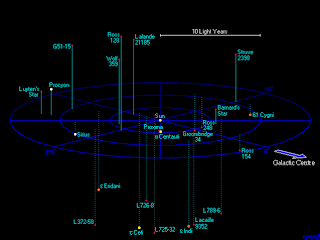 Roughly 100 ly across.  This map marks 133 of the brightest stars in this volume; in reality there are roughly 2000 stars in this space 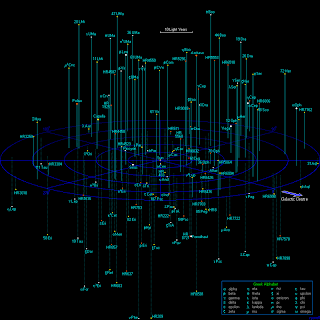 The Sun is passing through a region of space known as The Local Bubble.  It is a region roughly 300 light years across where the density of material is roughly a tenth the average density throughout the galaxy – only one atom for every 20 cubic centimeters.  It is thought that this region was cleared out by a nearby supernova several million years ago. Our local bubble also abuts other nearby bubbles. 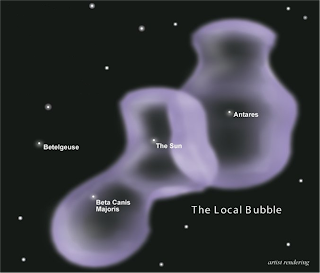 In a volume of space roughly 10,000 ly across, we start to see evidence of the spiral arms which make up our galaxy.  We sit on the inside edge of a partial arm, called the Orion Arm.  Under dark skies, you can see a band of light across the sky – what you’re seeing is these arms from the point of view inside the disk.  The arms are named for constellations through which they pass. 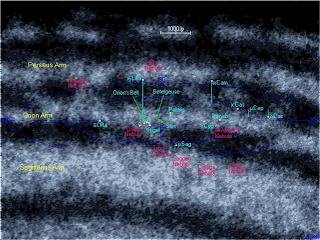 The Milky Way galaxy – our home in the Universe.  The MW contains about 200 billion stars.  The Sun sits roughly 30,000 light years from the center of the galaxy, on the inside edge of the Orion Arm, where it takes about 200 million years to orbit the galaxy.  Out by us, the disk of the galaxy is roughly 1000 ly thick. The center of the galaxy has a bar like structure feeding through a central bulge.  At the very center of our galaxy, there sits a supermassive black hole roughly 3 million times more massive than our Sun. 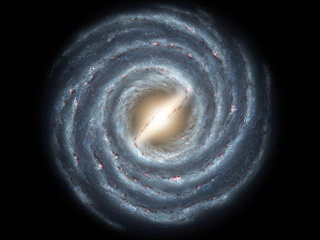 Roughly 1 million ly across (300 kpc).  Our Milky Way has roughly 13 known satellite galaxies, of which only the largest are shown here.  The SMC and LMC (both roughly 150,000 ly away) can be seen from dark skies in the Southern Hemisphere and are currently being swallowed by the Milky Way. Astronomers have detected a stream of gas, dust, and stars being ripped off from the LMC and connecting with the MW in what is known as the Magallenic Stream. 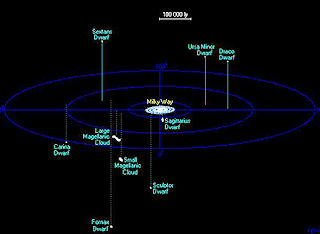 Roughly 10 million ly across (3 Mpc).  Our galaxy has roughly 35 neighbors in a group of galaxies known as The Local Group.  The Milky Way and Andromeda are the two largest galaxies in the Local Group, roughly 2 millions light years apart – and hurtling towards one another!  Our two galaxies are expected to collide in about 5 billion years, roughly the same time our Sun blows off it’s outer layers in its golden years. 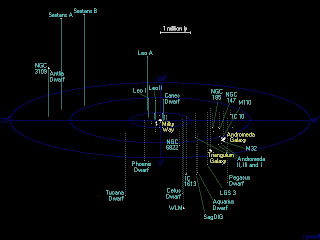 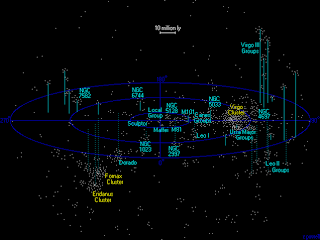 Roughly 1 billion light years across. We start to see that superclusters exist along sheets and filaments which wind their way through the Universe.  It is believed that these sheets are made predominately of dark matter to which the luminous matter of stars and galaxies is attracted through their mutual gravity.  We also start to see the existance of large bubbles and voids several hundreds of millions light years across.  The Virgo Supercluster, along with many others, are flowing like a river towards the Shapley Supercluster – one of  the most massive collections of galaxies in the local Universe. 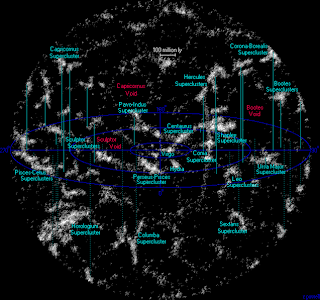 Roughly 10 billion light years across – encompasses most of the visible Universe; roughly 100 billion galaxies!  This image is from a very complex, sophisticated computer simulation which tracks the structure of all the matter in the Universe.  At these scales, the Universe starts to look very “foamy” and is often compared to the structure of soap bubbles.  All of the galaxies in the Universe reside along the threads and filaments while the spaces between are pretty much empty.  Why the Universe ended up looking this way is one of the leading questions in modern astrophysics.  Current research indicates that these structures may have been in place when the Universe was mere fractions of a second old – tiny perturbations on quantum scales which have been magnified to the current size due to the relentess expansion of the Universe. 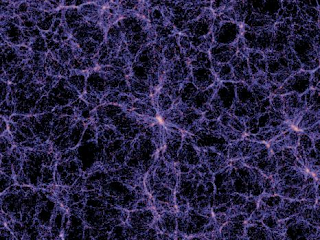 Larger than the visible Universe!  What we would see at this size is unknown.  The Universe is 13.7 billion years old which means that there are photons of light which have not yet had time to reach us here on Earth.  This is what we mean by the “visible universe” – it’s the universe that we can see because those photons have had enough time to make it to Earth.  What’s beyond that may just be more of the same.  Or maybe it’s something completely different.  We don’t know if there’s an edge to the Universe.  And because of the expansion of the Universe, there are parts of the Universe that we will NEVER see – the expansion of space just keeps carrying that light further away from us.  It seems there may be vey hard limits to our knowledge imposed on us by the structure of the cosmos!

And it all started with this… A bunch of hydrogen atoms.  And to make these numbers even more daunting,  an average human body has around 7×10^27 atoms. 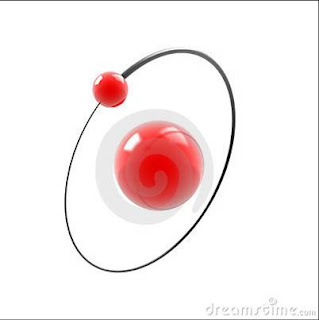